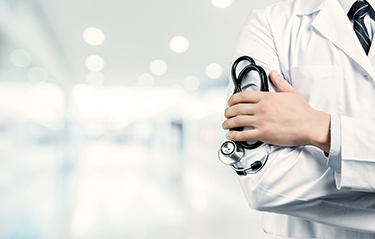 Heather is a graduate of the University of New South Wales. She has completed two post-graduate diplomas – one in Obstetrics & Gynaecology, and one in Palliative Medicine – in addition to completing a certificate course in Sexual & Reproductive Health from Family Planning Australia. She is a fellow of the Royal Australian College of General Practitioners. Heather has worked in many rural and remote areas of Australia in general practice, Aboriginal health and palliative care. She has worked in the United Kingdom in the areas of psychiatry and emergency medicine. She enjoys all areas of general practice but has special interest in women’s health, travel medicine and palliative care. In addition to working at Montrose, Heather teaches in the School of Medicine at the University of Notre Dame.

Dileni graduated from the University of Newcastle and worked in a wide variety of hospitals including John Hunter, Maitland and Hornsby. Due to an interest in providing holistic care, she started work as a General Practitioner in 2008, and gained a wide variety of experience in both regional and urban practices within NSW. She has completed the course in Sexual Health and Reproductive Medicine from Family Planning Australia and is a Fellow of the Royal Australian College of General Practitioners. In addition she has worked for several years in a sexual health clinic. She enjoys the diversity of general practice and has special interests in sexual health, men's and women's health, and travel medicine.

Catherine completed her medical degree at The University of Sydney, and subsequently gained experience at various tertiary hospitals and general practices across NSW. She has completed additional professional education in the form of a Diploma of Child Health, Certificate in Reproductive & Sexual Health and Certificate in Skin Cancer Medicine. She is also registered to provide antenatal care with Royal Prince Alfred Hospital, Royal North Shore Hospital and the Royal Hospital for Women. Additionally, Catherine is qualified to provide basic focussed psychological strategies to support mental health. Catherine has a love for the breadth of general practice. This includes women’s health, sexual health and antenatal care, men’s health, mental health and promoting healthy lifestyle changes. Outside of work, Catherine loves travelling to experience new cultures, attempting barre/pump classes and eating her herb garden much faster than it grows.

Rams completed his medical degree at the University of Sydney and completed his internship and residency at Concord, Canterbury & Broken Hill Hospitals. His clinical interests are chronic disease management, sexual health, men’s health, women’s health, and paediatrics, having completed a Diploma in Child Health. Rams is an antenatal shared care provider with RPA & Canterbury Hospitals and is certified to insert and remove Implanon contraception. Furthermore, Rams is also an accredited S100 Hepatitis B & HIV (including PrEP & PEP) medication prescriber. Alongside his clinical practice, Rams supervises medical students and trainee doctors, and is an examiner for the Royal Australian College of General Practitioners. Outside of work Rams enjoys being comprehensively beaten at tennis on a regular basis.

Rebecca completed her medical degree at the University of Notre Dame in Sydney and has since worked in a number of hospitals and general practices throughout Sydney. She has completed the Diploma of Child Health and the Family Planning National Certificate in Sexual and Reproductive Health, in keeping with her interests in paediatrics and women’s health.  She is also an NDC-accredited practitioner through the Possums Program, and has completed additional studies in breastfeeding medicine through Australasian Lactation Courses. Rebecca is accredited to provide antenatal shared care at RPA/Canterbury, The Royal Women’s, and St George/Sutherland Hospitals as well as trained in the insertion of Implanon and IUDs (Kyleena/Mirena and Copper IUD). Rebecca also works as a Medical Educator with GP Synergy, helping to train the future generation of General Practitioners. Outside of work, she is kept busy chasing after her three young children, and enjoys running and good food.

Frances graduated from the University of New South Wales with a Bachelor of Medical Studies and Doctor of Medicine with Distinction. She has trained in a number of Sydney hospitals including Concord Hospital, Royal North Shore Hospital and Mona Vale Hospital before entering General Practice.  Frances enjoys all aspects of General Practice. She has additional qualifications and training in paediatrics, women's health and sexual health through the Diploma of Child Health, Certificate for Women's Health and National Certificate in Reproductive and Sexual Health. Frances is accredited for insertion of long acting contraception and to provide antenatal shared care for Royal Prince Alfred Hospital and Canterbury Hospital. Outside of medicine, Frances enjoys road trips, camping and exploring the great outdoors.

Phoebe graduated from The University of Notre Dame Fremantle and has since worked in Wagga Wagga, St Vincent's Hospital Sydney and in Radiology at Royal North Shore Hospital. Phoebe also has experience working at various practices across Sydney. Aspects that Phoebe particularly enjoys in General Practice include: preventative medicine, chronic diseases, aged care, palliative care, mental health, dermatology. Outside of medicine, Phoebe particularly enjoys following the F1Grand Prix tour around the world as well as having a keen interest in gourmet food.

Jenny graduated from the University of NSW and worked at a number of hospitals before entering general practice training. She obtained her GP Fellowship in 2011 and has been happily practising in the Inner West since then. She has a Diploma in Child Health as well as the Family Planning National Certificate in Sexual and Reproductive Health. She teaches medical students and is a supervisor for GP registrars. Jenny thoroughly enjoys the diversity of general practice but has particular interests in child and adolescent health, pregnancy care, contraception (she is a certified inserter of Implanon and IUDs), managing menopause and preventative health. She also performs skin cancer checks and basic skin excisions. Outside of work, when not at the mercy of her two spirited children, she loves nothing more than a coffee with friends or an afternoon of gardening.

Belinda trained at the University of New South Wales graduating as a MD in 2017.  She spent her early post-graduate years at St Vincent’s Hospital Darlinghurst completing the initial Emergency Physician training before deciding on a career in General Practice. Belinda has worked for several years in various hospital and healthcare settings in addition to St Vincent’s Hospital including The Sydney Children’s Hospital, War Memorial Hospital, Westmead Rehabilitation Hospital, the Nelune Cancer Care Unit at The Kinghorn Cancer Centre and more recently at the SVH Psychiatric & Non-Prescription Drug & Alcohol Unit specialising in patient care for mental health and addiction medicine. More recently she completed the Family Planning Association Certificate Course in Family Planning and Reproductive Health. She is also qualified for Implanon insertion and removal.

Hunter graduated from the University of Sydney in Medicine in 1999. He worked and trained in Canberra Hospital prior to 2002 in areas of general practice and general surgery as well as pediatrics. He undertook general practice training from 2003 and became a fellow of the Royal Australian College of General Practitioners in 2005. His interests include preventive health, Implanon insertion and travel medicine.

Peter completed his medical degree at the University of Sydney, where he also went on to complete his Master of Medicine in Psychiatry. He is a fellow of the Royal Australian and New Zealand College of Psychiatrists, having completed his training at the Royal Prince Alfred Hospital and regional settings. Currently, Peter works as a Consultant Psychiatrist at Professor Marie Bashir Centre, University of Sydney. Peter has special interest in psychosis and mood disorders, and experience in treating post-traumatic stress and anxiety disorders. Peter also enjoys teaching and is currently a Clinical Lecturer at the Central Clinical School, RPA hospital. Peter is fluent in Cantonese and Mandarin and usully works on Saturdays at Montrose. Outside of work, Peter enjoys travelling (which does not cross oceans these days) and a lazy Sunday exploring good food and coffee around Sydney.